This piece was purchased by a private party as part of a benefit for the Bemis Underground at the Bemis Center for Contemporary Art.

Date of Performance: October 18, 2008 (a few weeks prior to the Obama/McCain election)

Description: A man walks north toward his destination. He is dressed in dark attire in sync with his political affiliation. His hair is a mess. He has a black eye and a bloody nose. He carries a wooden crate and a stack of paper. When he reaches his destination, he places his crate just before the curb. He stands on the crate, facing the intersection or street. He reads loudly and passionately from his papers. His text is politically charged. He struggles to be heard, yelling his text beyond the capacity of his voice. Once he is done with a page, he discards it. A plain-clothes plant picks up the paper after it blows some distance from the man. He is heckled from across the street. A parent shields her child’s ears as they cross the street. A car turns around the man’s corner and a hand pushes him from his crate. He stands back up onto his crate. He finishes his speech, gets down from his crate, and then proceeds in a northerly direction with crate in hand. 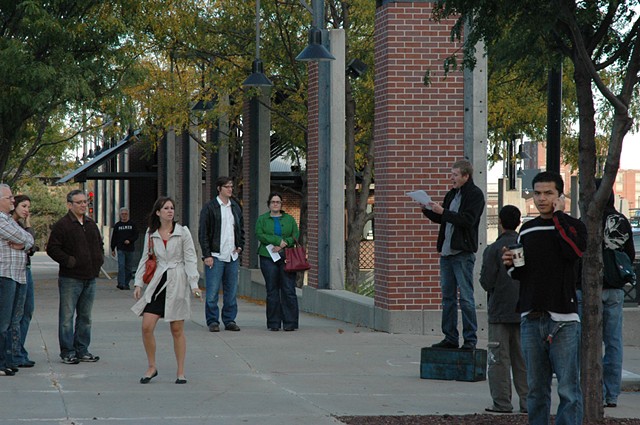 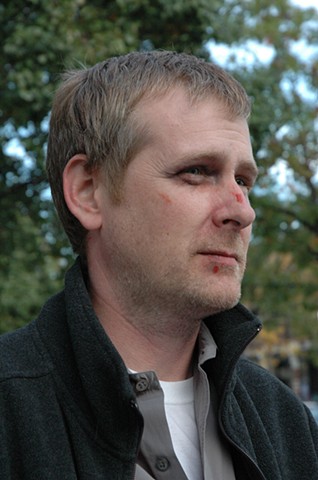 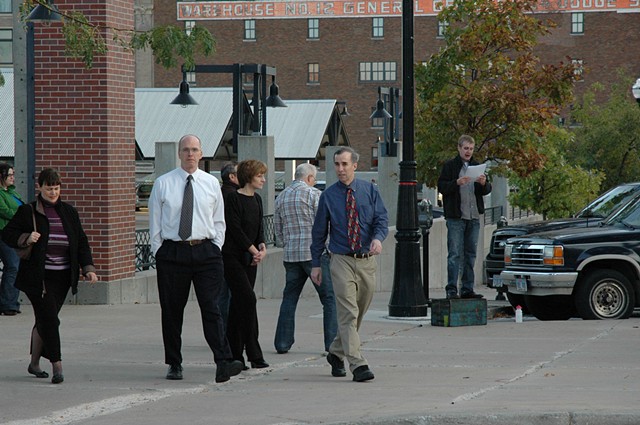 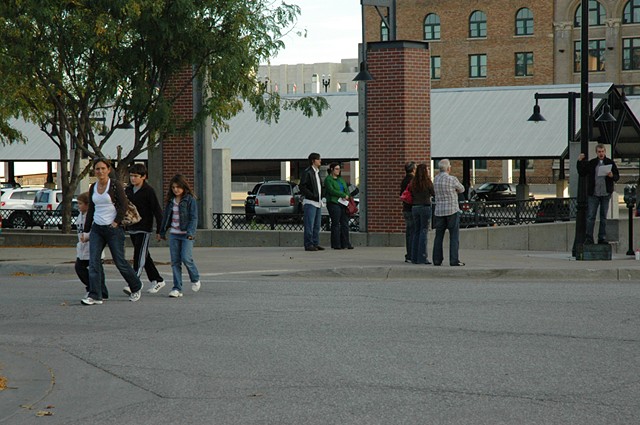 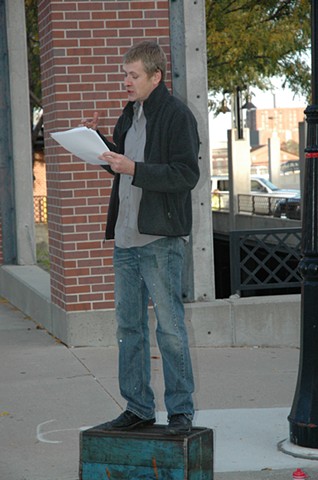 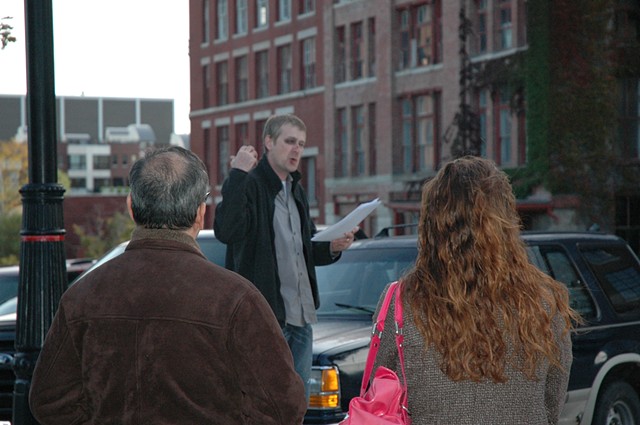 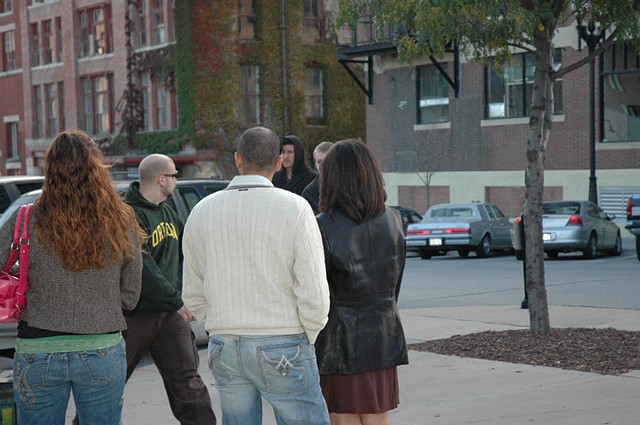 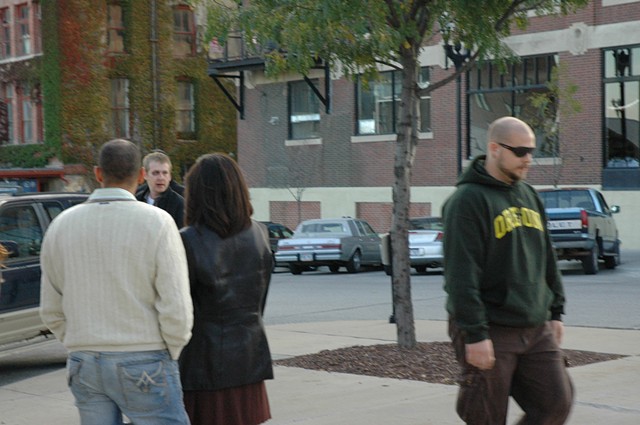 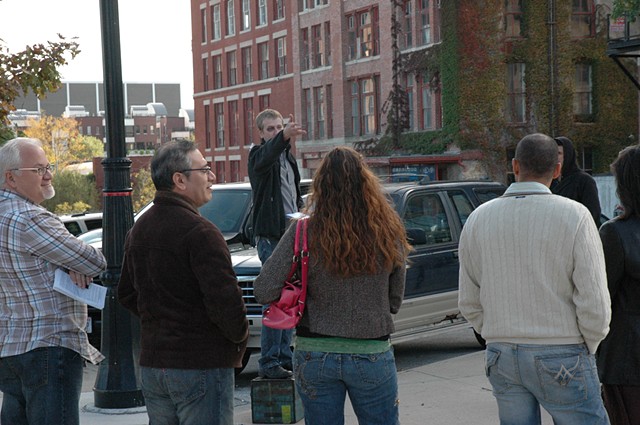 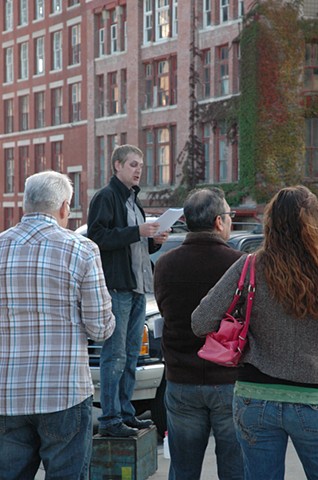 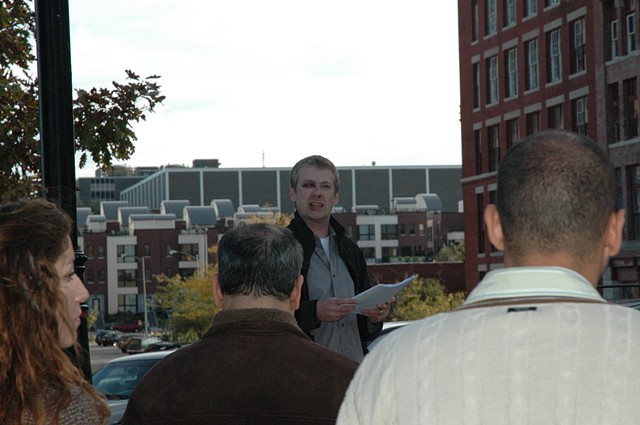 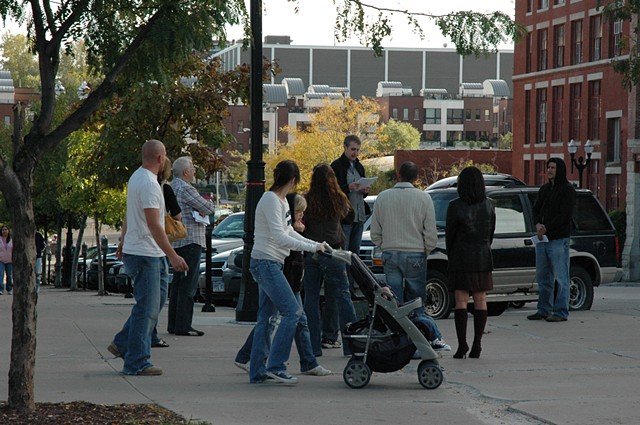 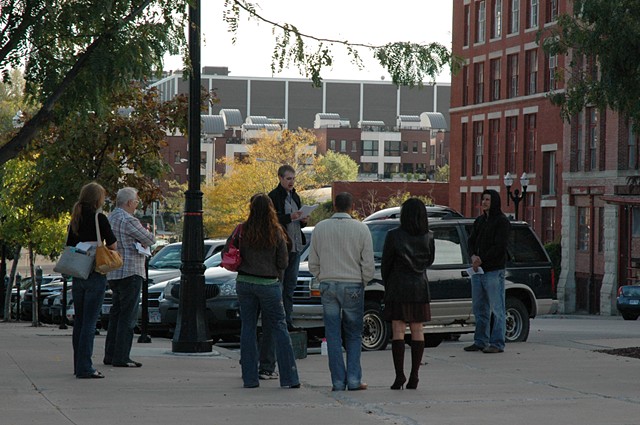 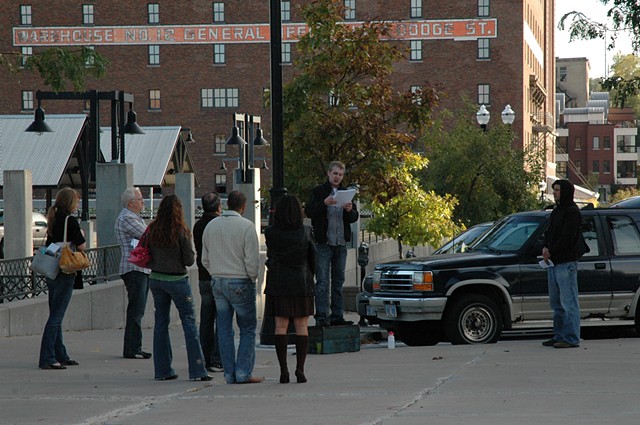 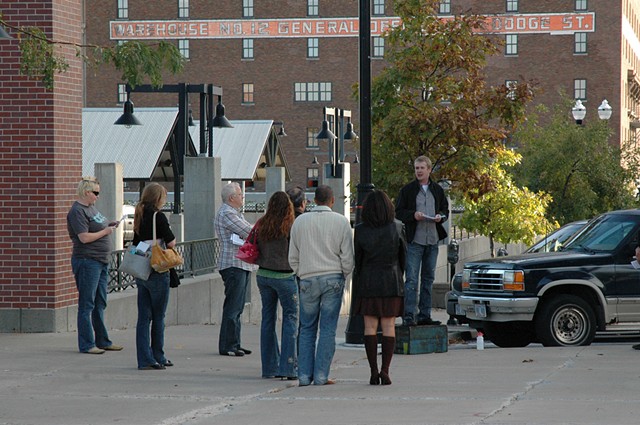 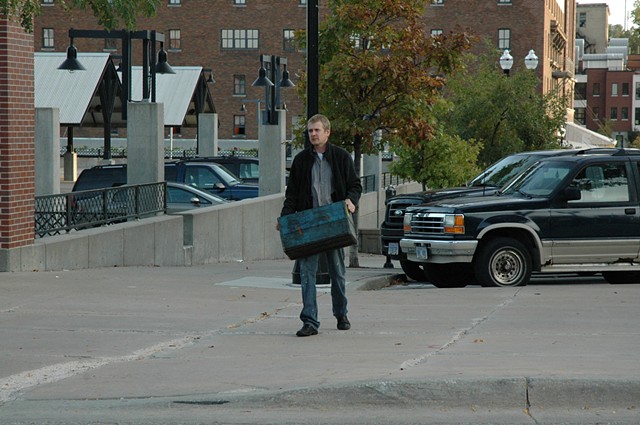 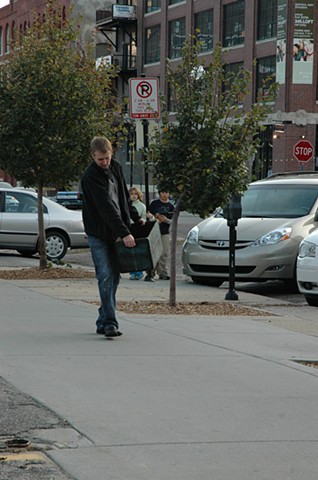 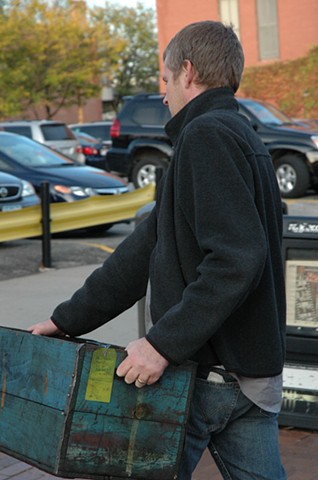 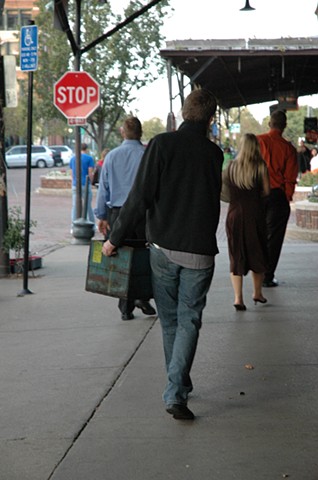 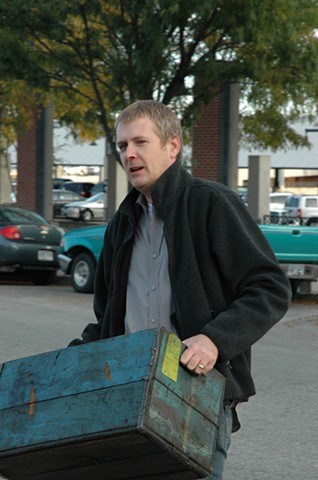 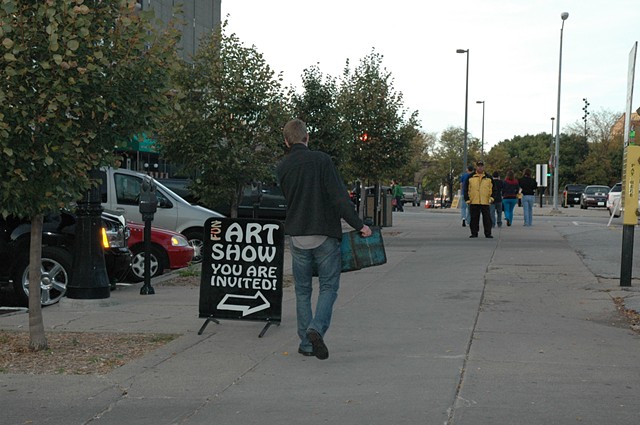 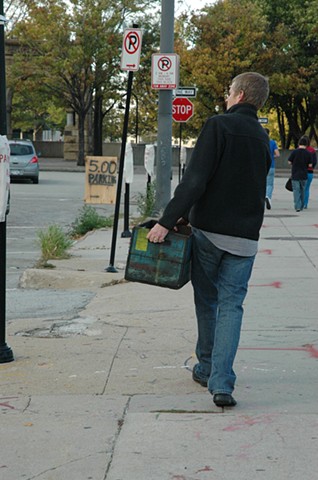